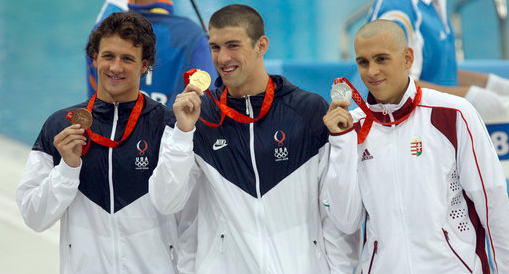 Many teachers are concerned about how to best motivate students. We want to appeal to intrinsic motivation rather than having students work for extrinsic rewards. None of us want to foster unhealthy competitiveness in our classroom. Teachers want to motivate ALL the students, not just the most able and brightest students. Here are four principles of motivation that need to be taken into account when designing a system of motivation.

1. Is the teacher impressed?

The most powerful aspect of any reward or recognition is how the teacher acts when giving it out. Teachers powerfully motivate their students when their affect is one of being impressed by the accomplishment. Students love to do something that "wows" their teacher. Children are motivated to do things that impress adults. When adults seem like they think the child really did something amazing, then the concrete form of the recognition doesn't matter. Even a slip of paper,if it's given out for an impressive accomplishment, will be highly sought after. A food prize, that is given out without caring by the teacher, will be worth little. The Olympic gold medal is powerful because of the recognition that everyone gives to that accomplishment--it has nothing to do with the actual token given.

2. Does it represent a concrete achievement?

The accomplishment that is rewarded must be a concrete achievement that is objectively measured. The students must all know what it takes to earn it. Teachers sometimes give out recognition that appears to be subjectively awarded. That is not good. If students can think, "Well Billy got that award because the teacher likes him," then they will not be motivated. Students need to see a task or behavior (that they could do if they work hard) as the reason for the award. Students have to believe they will get the reward even if the teacher does not like them. All they have to do is work hard and they'll get the reward. Then they will be motivated. Conversely, if everyone gets one regardless of their accomplishments, then it will be meaningless. Trophies for all makes them worthless.

3. Based on personal accomplishment rather than on beating the competition?

A concrete achievement also lessens competition. Students are not competing against each other. Instead, they are competing with themselves. Everyone who accomplishes that goal will be rewarded. If students feel they have a realistic shot at the reward, then it will be motivational. They may not be the first to accomplish that goal, but if they stick to it and keep working, they can eventually get there. If adults are impressed by the achievement (and they've seen evidence of that--see #1) then students will be motivated to achieve it.

4. Is the achievement possible for all students to achieve?

To motivate ALL the students, the achievement needs to be something that is the result of effort rather than talent. It should be something that might take a while to achieve. If anyone can do it immediately (like breathing) then there's no glory. Students need to know that it can be achieved with effort, if you keep trying. Accumulating 25 miles of running (100) laps is a more motivating goal for students with less athletic skill than trying to be the fastest runner in class or breaking a record for the mile. In Rocket Math, teachers have reported instances where their whole class spontaneously cheered when a student who had a lot of difficulty and many failures, finally passes their first level. Now that's how good motivation is supposed to work!

Posted in News by